We can all agree that rainbows are a magnificent sighting to see and be present. Usually, they appear after a heavy rain flow. Sometimes, they can even be seen while it’s actively pouring outside and the sun is visible behind the clouds. You may already know the scientific explanation behind these breathtaking colors manifesting in the sky, but what is the symbolism behind the rainbows?

Also, while one rainbow does seem quite an impressive sighting to behold, what about the double rainbows? They are just as magnificent and mesmerizing to see, especially over the sun-setting sky, surrounded by woods, mountains, and water. Can you picture that? We sure do.

Double rainbows may occur more rarely compared to a single rainbow. On the other side, you may have the luck in life to be able to witness up to three or four rainbows occurring at once. However, that’s undoubtedly rare, and the other rainbows may not be as bright and tend to fade faster.

Whatever may be the case, seeing double rainbows (or even more) is a fascinating and mesmerizing sighting that you won’t see every day. After all, many people don’t get to see a rainbow more than a couple of times in their life. But, is there some hidden spiritualism behind that?

Well, if you like to observe the energy behind every occurrence, you’re not wrong, everything we see, touch, and feel do come with certain symbolism with it. That’s why we wrote this article, to help you understand that symbolism and learn how to become one with it.

There’s a meaning in everything that surrounds us. That being said, why wouldn’t we absorb the energy from the things we see and feel and let that energy consume and lead us towards our goals.

In this article, we’ll help you uncover the origin and history of double rainbows, so continue reading this article to learn the double rainbow meaning and how these meanings can make you more powerful and serene.

A Rainbow is a manifestation of a spectrum of light that occurs when the sunlight passes through the raindrops which results in the most prominent colors showing up in the sky. Those colors include red, orange, yellow, green, blue, and violet. Some rainbows even show the indigo color, which may be less prominent as it’s a darker version of blue and can hardly be recognized.

How does it occur? The sunlight appears as a white color, which contains all the aforementioned colors. However, upon hitting the raindrops, that reflects the light and causes all the beautiful rainbow colors to appear in the sky. That will last for a couple of minutes, but some rainbows are known to last even longer.

As the light reflects at different angles of the raindrops it hit, the spectrum gets split and so a rainbow is formed. It’s worth mentioning that the double rainbows are produced similarly. However, a bit different.

In most cases, the double rainbow will occur above the primary rainbow and it may be a bit weaker in its intensity. It occurs when the light reflects twice within the same raindrop. Although rare, it can happen quite often, pleasing the viewers with a mesmerizing sight. In this case, the spectrum is reversed so you will notice that the colors appear in a different order.

The History And Origin of Double Rainbow Symbolism

Earlier, we explained the scientific meaning behind this magnificent and divine occurrence, which may not be something to be seen every day. If you believe in miracles, spiritualism, and the power of internal and external energy, then you should consider yourself lucky if you can spot a rainbow.

However, before we detail the deep meanings of the sacred double rainbows, let’s take a look at the history and origin of double rainbows. Who was the first person to spot the symbolism behind them and how did it cope until today?

We’ll detail both the historical and religious origin of double rainbows and how our ancestors saw something so special in them that until today the faith in the power of the double rainbows persisted.

The Biblical Origin of Double Rainbow

Double rainbows are also the symbol of the faith of people in God and the belief that we should all serve our purpose, by being pure, and good so that we can be rewarded in the afterlife.

Rainbow as a symbol alone is also quite important in the Bible, especially in the story of the Great flood, when it rained for 40 days and nights wiping out all the living world. After God conveyed the message to Noah, he built an ark that hosted his family members and a pair of each animal species.

After 40 days, when the rain stopped and the floods reduced, Noah and his family peeked out of the ark just to be greeted by the rainbow that was the sign of God that the floods are over. It served as the promise that the floods won’t repeat.

The symbol of double rainbows, as well as the regular rainbows, are present in Buddhism as well. In Buddhist teachings, it was believed that as the human is learning new things and becoming a more conscious spiritual being, their frequency rises. As they achieve the peak of their spiritual energy, the humans are transcended as a rainbow.

That being said, a double rainbow in the Buddhistic philosophy can mean that humanity has reached the peak of their spirituality, but also mark the transformation from the soul.

The Pot of Gold in Ireland

In Norse mythology, Odin established a special bridge colored with the color of the rainbow that connects the human realm (Midgard) to Asgard, which is the world where Norse Gods reside. It works as a bridge, where Norse Gods descend to Earth. During Ragnarok, the Norse version of the apocalypse, it is said that Midgard and Asgard will merge and that humans will join the Norse Gods.

You may see that there’s a rich symbolism for both rainbows and double rainbows. Let’s now take a look at the true meaning behind the double rainbow symbolism, and what does it represent in different folklore.

Many symbols we can find in nature symbolize transformation. The double rainbow symbol is no exception. If you see a double rainbow nearby, it’s a sign that your journey is going to transform, and you are in the process too.

Transformations are never easy, but they are rewarding in the end. You may be put into challenges that you are not comfortable with, but you’re more than ready to embrace them. Transformation is always for the good and comes after the darkest periods of our lives.

That said, the double rainbow tells you to embrace it, as it’s the only way you’ll achieve all your goals and become who you always wanted to be.

Similar to transformation, new beginnings can hint at new chapters in your life that can surprise you, but also encourage you to take actions in your life that will result in positive changes. It can mean a new friendship, new career path, new partner, or simply new experiences and adventures.

New beginnings stem from the biblical meaning of the rainbow and double rainbow which are associated with the story about the Great floods. A lot of people feel anxiety when they’re told that it’s time for new beginnings. Still, there’s no reason to be anxious or scared.

Your life, knowledge, and experience prepared you for this point in life, which is why there’s nothing that you should be worried about. The universe has a lot of it stored for you, so don’t be afraid to open the new doors that will unveil those beginnings and divine changes coming into your life.

After every rain, there’s the sun, and if the two occur simultaneously, there’s a hope for a rainbow or even the double rainbow. Even when people lose faith in some things happening, there’s always hope. The hope dies the last, so it’s the last resort many people opt to believe in when life gets hard.

If you saw a double rainbow as you’re facing some difficulties and hardships in life, rest assured that the double rainbow brings hope for the better days. All you have to do is hope and believe in a better tomorrow, and also work hard for the things you can change and achieve, as an individual.

Inner awakening and growth are the important traits of our being. It’s not always possible to achieve the inner peace that will allow you to grow. If you see a double rainbow outside, it means that you need to avoid whatever toxic energy will prevent your growth. Put your ideas and goals on the paper and see how you can grow professionally, as well as spiritually.

Seeing the double rainbow is providing the green lights to set out on an adventure that will change your life for the better, and help you become better at judging, estimation, and taking on the risk. It’s telling you to become the better version of yourself.

There’s no time to waste, if you have a good idea that can make your business grow, you should put it into practice as soon as possible. Good luck and fortune will follow you, and there is no chance or space for failure.

There must be a lot of questions about the double rainbow meaning you may want to find the answers to. Check below, maybe you find them here!

What Does it Mean to Dream of Double Rainbow?

Different dream readers come with different meanings for the sight of a double rainbow in dreams. However, when you compare the answers, some meanings overlap. That said, dreams of a double rainbow often refer to finding purpose in your life, finding what makes you tick and excite you.

What Does it Mean to See Reflection of Rainbow in The Water?

Seeing the rainbow above a river, lake, or ocean will leave a reflection of the rainbow underside, making it a double, or a full circle. According to common symbolism, that means that your adventurous spirit is calling you.

You may try out some new things, like testing a new hobby or trying a new meal or cuisine. It can also be an omen that soon you’ll go on an exciting and exotic trip to the destination you’ve been dreaming about for a long time.

What Does It Mean to See Triple Rainbow?

Triple rainbow is a rare sighting, but more than possible still. If you notice a triple rainbow in the sky, that means that good luck follows you no matter where you go. Whatmore, it also gives protection to your romantic partner, as well as the family.

Triple rainbow also means that you’re surrounded by love and care, regardless of where you are. Your loved ones think and care about you, and are sending the positive affirmations your way, to guide you even when you feel lost and confused. 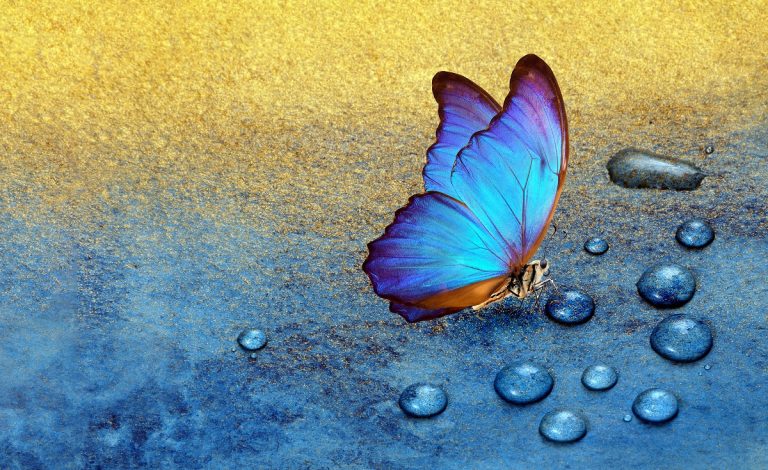 Butterflies have been flying the world for millions of years, spreading their wings and dust and being vast contributors to the… 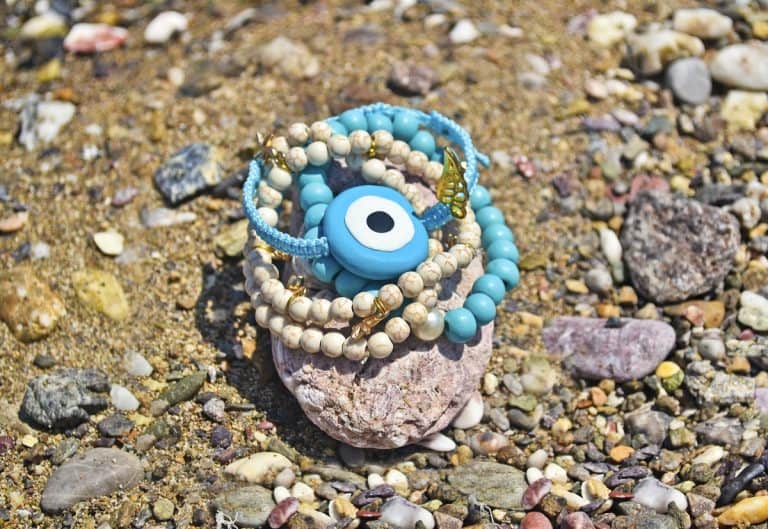 Have you ever heard about the mystical power of an evil eye symbol? Many people only find out when they’re gifted… 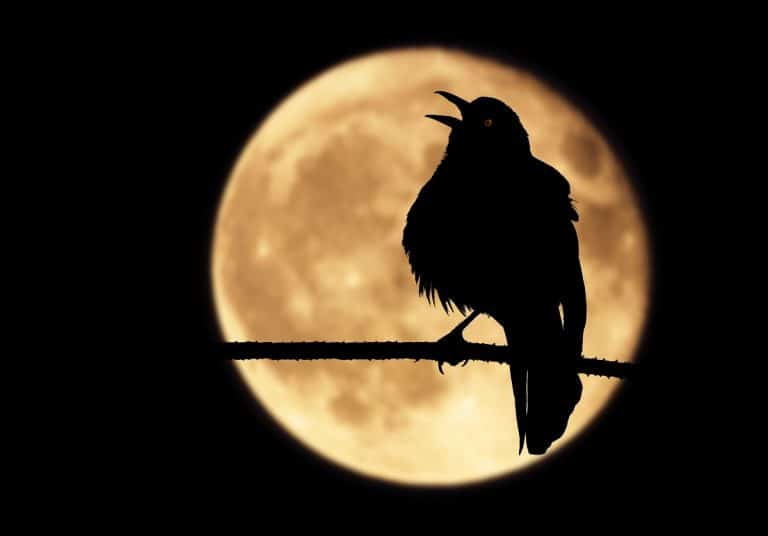 For the folks living in big cities that are light- and noise-polluted, it’s a rare occurrence to hear birds chirping, even… 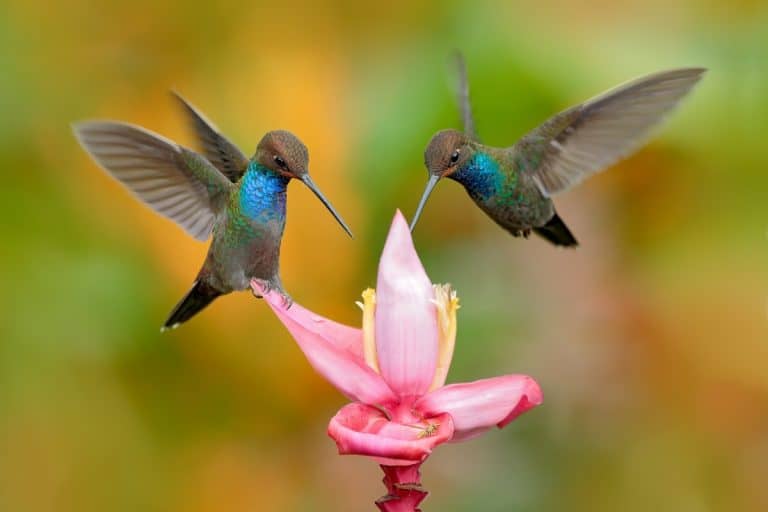 If you believe in the energy and the power of change and will, then you know that each encounter is not…