Ear piercings on both men and women are popular for thousands of years, with the first evidence of people wearing earrings dating to more than 7000 BC. Moreover, earrings are not just a decoration worn by women. There is evidence of men wearing them in ancient Egypt thousands of years ago. Yet still, today a lot of women and men alike are confused and sometimes even appalled by seeing a man wear earrings in both ears. Is there a special meaning?

If you’re one of those people, perhaps it’d be better to read this article first and inform yourself of what makes guys wear one earring in each ear. Depending on the culture, but also the mindset of the person wearing the earring, this question in the public can be perceived as rude.

If you don’t want to be rude, but want to show emphasis on educating yourself, there’s no better way to educate yourself than through reading an informative article like this one. Continue reading!

If you’re a guy who contemplated getting both of his ears pierced, but you’re worried about the opinions of the environment or want to find a spiritual meaning within wearing earrings in each ear, this article will help you identify with some of the reasons that will encourage your decision.

Statistics show that women still prefer having both ears pierced in comparison to men. However, the popularity among men is also rising in the survey conducted in 2017.

As we said, historically, men in ancient Egypt were among the first civilizations to have both ears pierced. The tradition kept going among the Native Americans and other North and South American tribes. Fast forward to modern times, there are plenty of trendsetters when it comes to wearing earrings in both ears.

It was popular among Hippies, especially during the 1970s. Additionally, as the fight for recognition of homosexual men emerged, especially in the United States and the United Kingdom, more men were seen having their both ears pierced, as a sign of the rebellion.

As the end of the 20th century approached and the beginning of the 21st century emerged, men could be seen piercing both of their ears when they wanted to come out to the world with their sexual orientation. This isn’t an exception, however, because many people asked whether they need to have both ears pierced, and could be seen asking around which ear is more suitable for coming out to family and friends.

However, even if you aren’t gay, this trend is not something that is associated only with sexuality, especially now in contemporary times. It can often be connected with a person’s cultural beliefs or philosophical view of the world. Finally, some people just want to feel modern and chic and do it as a fashion accessory.

The reason why you wear earrings in each ear can be your private and personal reason that you don’t want to share, and it doesn’t have to do with anything that we mentioned above or will mention throughout the rest of the article.

Still, that doesn’t stop the curiosity and intruding nature of some people who want to know the reason behind your fashion accessories at any cost. If you don’t want to be rude towards your friend or a relative, but still don’t want to disclose the real reason why you’re wearing earrings in each ear, here are some ideas that you can consider.

If you want to get your ears pierced but need more reasons to resonate with, we highly encourage you to continue reading. Remember there are a lot of people, both male, and female who want to celebrate certain life victories or goals by piercing their ears.

Some people go as far as to get double piercings or even more. It all comes down to personal preferences so your final opinion shouldn’t be influenced by anyone but yourself.

If you’re a guy and you’re worried about the shape of your earrings, there’s nothing you should be worried about in this field as well. Whether you decide to go for simple zircon earrings, hoops, or some other shape, you’re more than welcome to do so. Continue reading below. 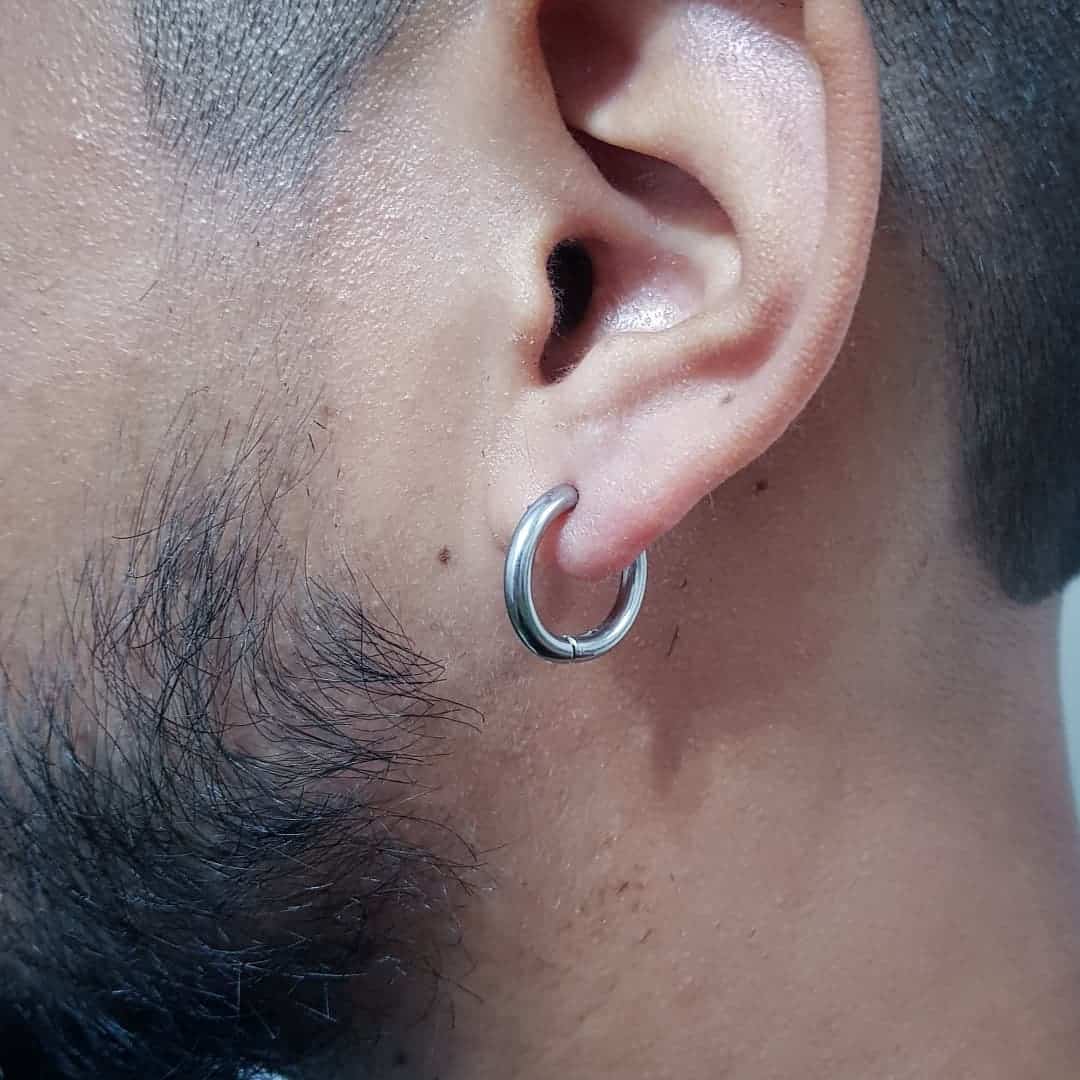 Reasons Why Guys Wear Earrings in Both Ears

There are plenty of reasons why you may find a guy wearing earrings in both ears. The reasons are varied but if you don’t want to ask, or they decided not to tell you, here are the possible reasons why they decided to get their both ears pierced.

We feel like avantgarde never goes out of style, and guys who wear earrings in both ears have been considered avant-garde for the longest of time. Still, in a time when freedom of speech and expression is widely accepted in the world, so are both ears pierced in men.

After all, earrings are just a fashion accessory, jewelry. You must agree that jewelry never goes out of style, regardless of the color, material, shape, or anything else. Men can nowadays be seen wearing makeup and they are not judged for that when it comes to fashion trends. The same goes for jewelry such as earrings in both ears.

Many guys will want to stand out from the crowd and boast both ears pierced for the sake of a fashion trend and there is nothing wrong with that. Modifying the trend and making it their signature is even more valued and respected in the world of fashion. We can see many fashion designers and stylists having both their ears pierced, and there’s nothing wrong with that.

Editor’s notes: We have seen men wear earrings in each ear, and even double or triple earrings in fashion styles closer to hippie, rock, punk, and similar styles. You may have noticed that having both ears pierced is more popular among emo and biker folks.

Throughout history, both men and women had both of their ears pierced when they represented certain social statuses. That was adopted from both Ancient Rome and Egypt. For example, we said that people in Egypt commonly wore earrings. However, it’s worth mentioning that only the richest nobles did that.

It was the mark and symbol of power, wealth, fortune, and extremely high social status. The same can’t be said for another ancient civilization that rose to power in the age of ancient Egypt. That was Rome. Rome was known to host Gladiator fights and popularize slavery. All slaves had their ears pierced.

Some guys also wear both of their ears pierced because in ancient times all warriors and strong people wore them.

He Wears Earrings Because of Religious Reasons

In many countries, guys wearing earrings on each ear are trying to represent a meaning or symbolism from their respective religion. There are various traditions based on Hindu culture, Slavic culture, and many other traditions and religions.

For example, in India, it was common for all children to pierce their ears as part of a religious holiday. A lot of children would get pierced at once, and then celebrate that act. It’s no secret that gods in Hinduism are portrayed with earrings and dangles on their ears, which is exactly why it inspires so many children to get their ears pierced.

In Buddhism, men would pierce their ears to make their earlobes bigger and close to that which the prophet Buddha had. In Buddhism, it was believed that people with the longest earlobes are the closest to reaching spiritual nirvana and transcendence.

That’s why a lot of people follow up with piercing both of their ears, particularly men who want to achieve a spiritual peak.

The idea of getting ears pierced is common in Slavic countries too. If a family has only one son, it’s commonplace for that son to get his ears pierced. Sometimes, the father would follow up with the tradition of getting their ears pierced to offer their support.

They Do It to Protect Themselves From Bad Luck

In Eastern Asia, there is a belief that wearing earrings in both ears will protect sailors from the restless water. It’s some kind of a good luck charm, so sailors had both of their ears pierced to protect themselves from jinx and be charmed and protected even through the stormiest waters.

Regardless of that, some men like to express themselves by piercing both of their ears, sometimes even multiple times. Even after they overgrow the trend, they find it stylish and decide not to let the holes heal.

The final reason is also the most common one. Some men pierce both of their ears as a means to come out to the world with their sexual orientation, which is usually homosexual or bisexual, although the latter is more often the statement being made.

Usually, the right ear meant homosexuality while having an earring in the left ear only meant bisexuality. Now guys who want to identify with both sexualities simply get both of their ears pierced and no longer have to worry about it.

They Do It Because There Are Women Who Like It

After all, if they get tired of the trend, they can simply remove them and go on with their lives until the hole heals after a couple of months.

We compiled a list of questions that are usually asked regarding this topic, we highlighted some of them below.

Should a Guy Pierce Both of His Ears?

This question doesn’t have a definite answer. Whatever the case may be, a guy can pierce both of his ears if he likes it. He can come up with reasons of his own, or go by the reasons mentioned above. In the liberal world that we live in, there is less and less stigma about guys having both of their ears pierced.

Are Earrings on Males Unprofessional?

Same as tattoos can be perceived as professional, and still see some stigma going on around for them, where some people who have visible tattoos are either asked to cover them or are not shortlisted for the job, similarly can happen to men with earrings, which is a form of discrimination.

Fortunately, a lot of companies are standing up against this practice and don’t put limits on the style and sense of fashion that both men and women have. That said, a lot more men are being accepted to jobs despite having piercings in both of their ears.

Should Guy Wear Ear Piercings on a Job Interview?

The general rule of thumb for both men and women is not to wear ear piercings or any distracting jewelry on job interviews.

Nevertheless, this advice was made a long time ago, and now men and women are welcome to express themselves and present their professional and passive skills as they are. They’re no longer asked to remove piercings, and if some HRs discourage it, you should check if there’s a policy that talks about ear piercings on men. 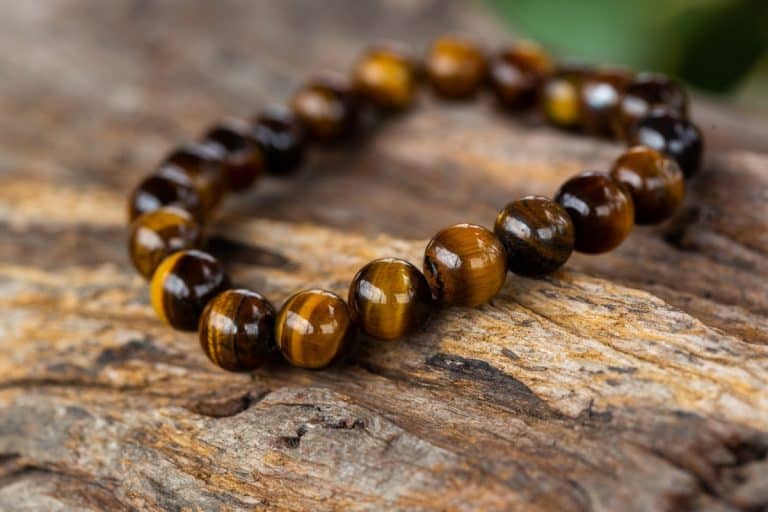 Quick Summary: Tiger’s eyes, popular for its grounding powers, draw wearers to earth with its colors. This gemstone stabilizes your emotional… 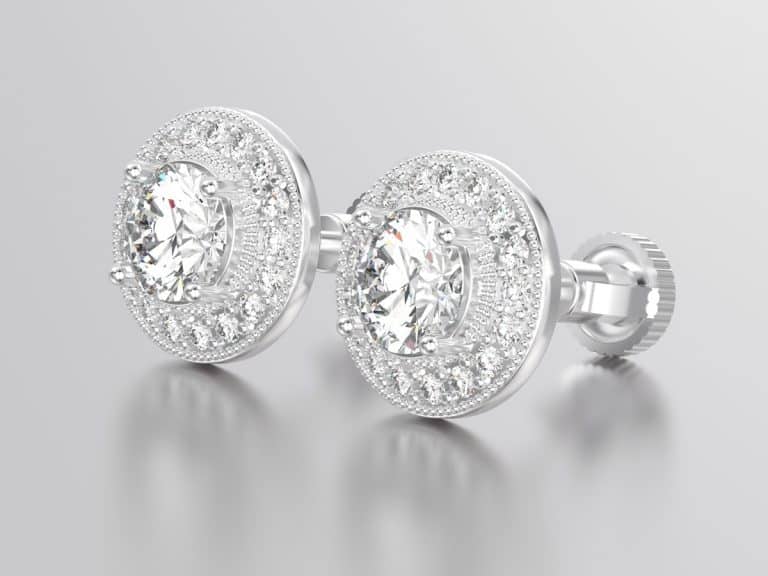 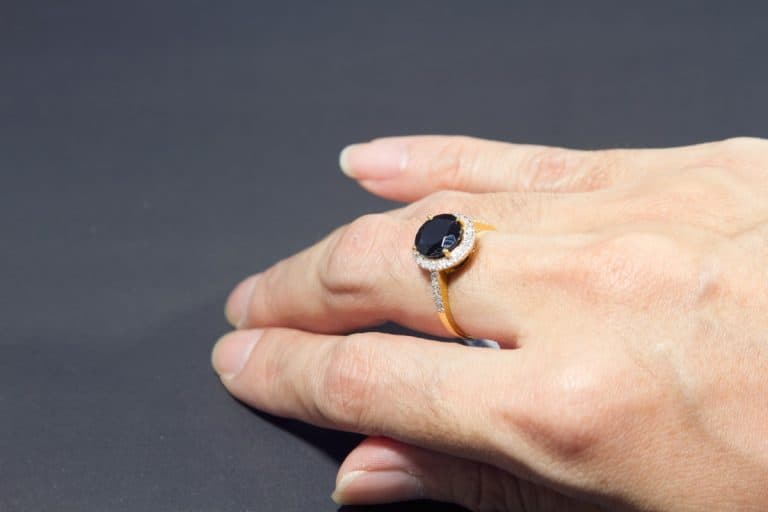 For the thousands of us that worship at the temple of Carrie Bradshaw, watching her a 5-carat black diamond because “she… 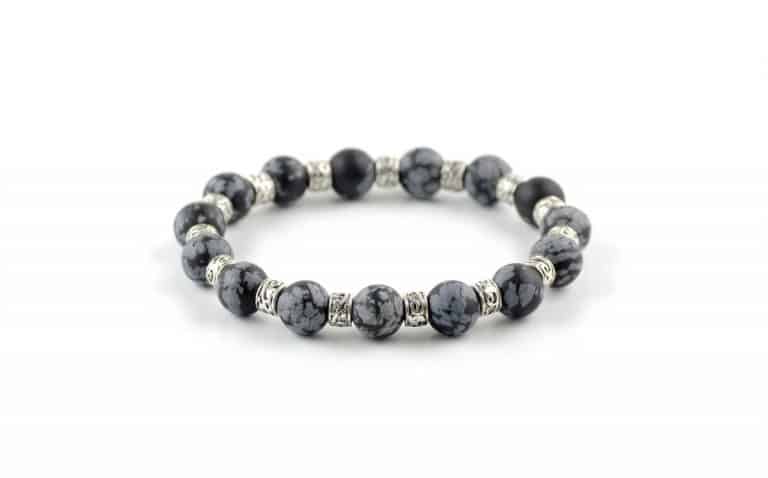 Quick Summary: Snowflake obsidian, base chakra, and zodiac stone for Virgo is a darling of many stone enthusiasts not only because… 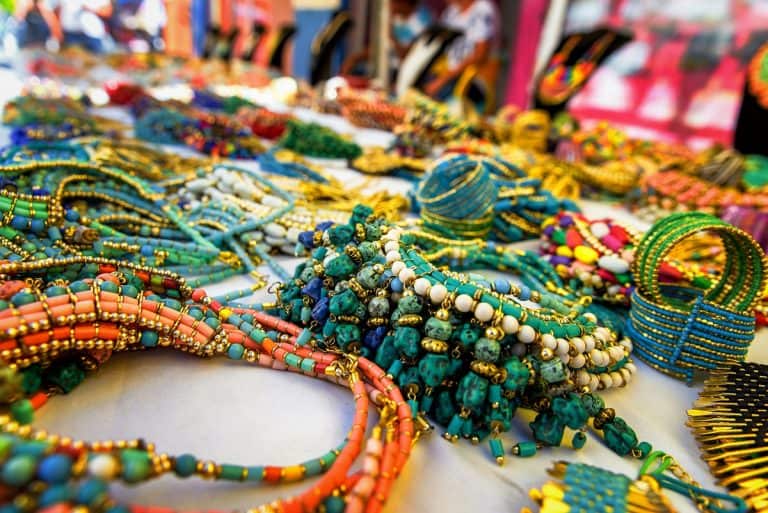 Have you noticed some of your favorite pieces of jewlery turning your skin green? Or have you ever wondered why this… 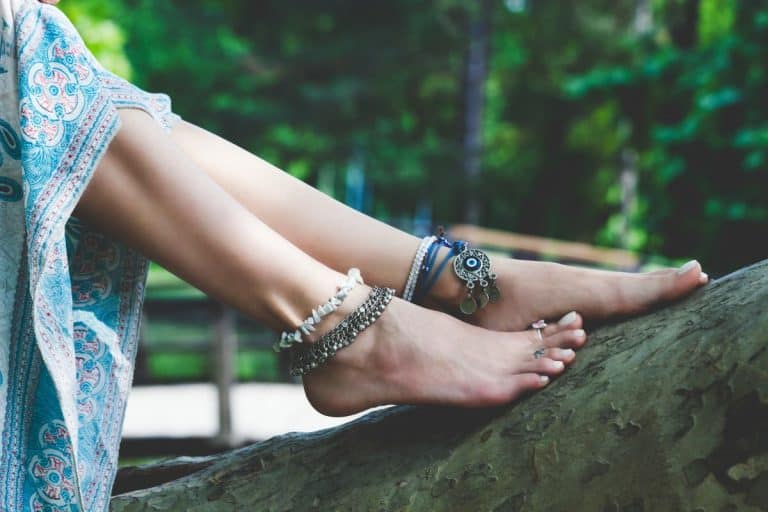 An anklet is an ornament worn around the ankle. It is also known as an ankle string, ankle bracelet, or ankle…