Diamonds and man go way back. According to Naturalis Historia, an encyclopedia by 1st-century Roman writer Pliny the Elder, the use of diamond by means as tools dates to early human history, before the formation of cities.

Even today, diamonds feature extensively in several major industrial applications thanks to their extreme hardness and unmatched thermal conductivity. Common uses of diamonds include their applications as tools for cutting, polishing, or testing other items’ strength or hardness.

However, perhaps, an even more critical role that diamonds have played in human history is symbolism.

To the ancient Egyptians, diamonds were symbols of the Sun-god, Ra. The Greeks considered these gems the gods’ tears and a blessing to their owners, while many Medieval European cultures incorporated diamonds in cures for a multitude of illnesses and concoctions for repelling evil forces.

More recently, diamonds have become a significant symbol of love, commitment, and purity in western culture. However, this paradigm only extends to transparent, colorless diamonds, or their also famous cousins, yellow and brown diamonds, but rarely ever to the unconventional black diamonds in the hearts of many.

What are black diamonds, and what do they represent?

What is a Black Diamond

When it comes to black diamonds, the name does all the explication needed, and the definition “black diamonds are diamonds that are black” works because that is precisely what they are.

Black diamonds were nicknamed carbonado diamonds by the Portuguese as a play on their burnt or carbonized look.

Like clear diamonds and other colored diamonds, the black diamond is a stable carbon isotope with its atoms arranged in a diamond cubic crystal formation. Hence, black diamonds hold equal rights to the diamond name as any of the other variants.

Like other colored diamonds, black diamonds contain inclusions of trace amounts of other minerals, which is where they get their distinctive color.

Many black diamonds also contain several fractures and cleavages (some black diamonds exclusively contain numerous tiny crystals packed closely together in porous structures) absorb significant amounts of light and give the gem a more opaque look. These fractures also allow for easy graphitization of the gemstone.

Many black diamonds on the market today are made from the synthetic graphitization of off-color stones with artificial irradiation.

Black diamonds that exhibit a natural black color are often entirely opaque and give off a high, almost metallic luster. They are also the heaviest and toughest diamonds available today. These gemstones also never appear side-by-side with other diamond types, and they occur almost exclusively in the alluvial deposits of mines in Brazil and Central Africa.

The origin of black diamonds is still a hotly debated controversial topic. Prevailing theories include:

These unique characteristics add to this distinctive gemstone’s charm that has earned its place in the hearts of a growing segment of niche buyers.

While they are not always viewed in a metaphysical light, here in the U.S., we confer intense emotional meanings to the diamond’s symbolism. Hence, this gem is currently the go-to for signifying romantic love and deep affection.

Today, many consider a marriage proposal incomplete without a diamond changing hands.

However, the diamond color of choice for such affairs is typically clear, or in rare cases, a yellow one. What then does a black diamond represent?

Like most gems, the symbolism of the black diamond is open to interpretation. For some, this unique color that stands at odds with the standard clear diamond represents a contrarian take on the same symbolism of love and romantic interest that it represents.

Buttressing this ethos is one of the landmark moments of the black diamond in popular media: Carrie Bradshaw, a character in Sex and the City, receiving a black diamond engagement ring from her boyfriend, who explained that he choose that for her because she was special and unlike anyone else. Since then, similar applications of the black diamond have continued to appear.

Elsewhere, you will find that black diamonds can have either positive or negative connotations, depending on where you look.

Gem healers, psychics, and other groups of pseudoscientists often consider dark gems like the black diamonds to be sources of connection to the spirit world. However, in Italian culture, black stones can help bring good fortunes to marital unions.

In ancient Indian culture, black diamonds were harbingers of doom and were considered cursed stones. This old belief has spawned countless urban legends around some of the world’s most famous black diamonds.

One of the biggest of these stories is surrounding Black Orlov (also known as Eye of Brahma Diamond,) a 67.50 carats (originally 195 carats) diamond said to have been initially mined in the 19th century in India and featured as an eye in a statue of the Hindu god Brahma.

According to the legend, this stone was stolen by a Jesuit priest, and then consequently cursed.

The black diamond then reportedly went on to cause the death of at least three subsequent owners.

No. Even though black diamonds are some of the family’s rarest pieces, they typically cost significantly less than clear, colorless diamonds.

Why are black diamonds cheaper?

Black diamonds attract significantly less demand than white diamonds or even other colored options; hence, the relatively lower price. However, black diamond has its own niche audience that is continuously growing in size as the gem gains popularity. 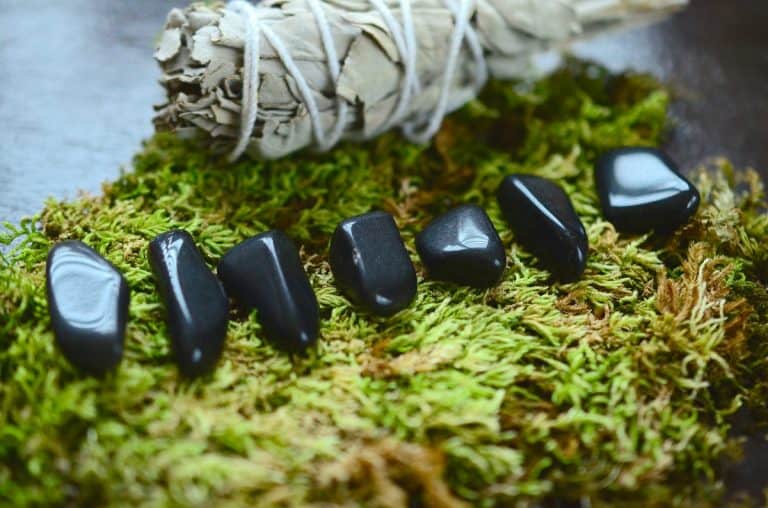 Black obsidian is a stunning form of volcanic glass. Technically it is the product of quickly cooling lava formed at the… 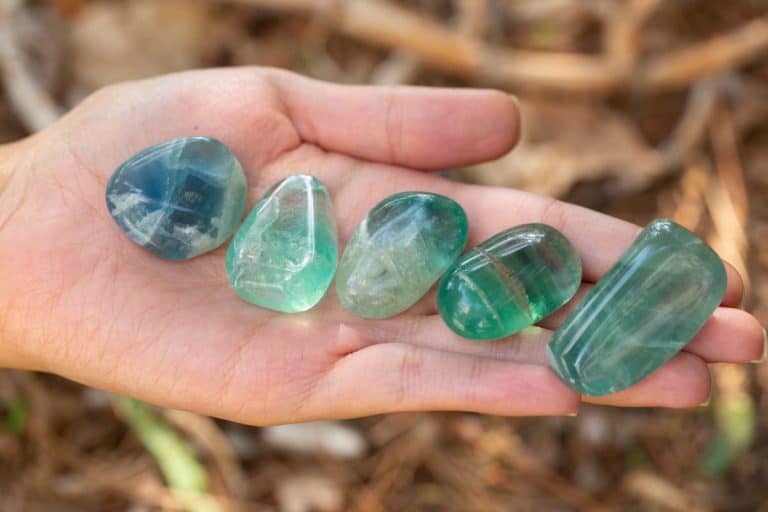 Fluorite is a mineral that is made up of calcium fluoride. It is often used in jewelry and as a decoration…. 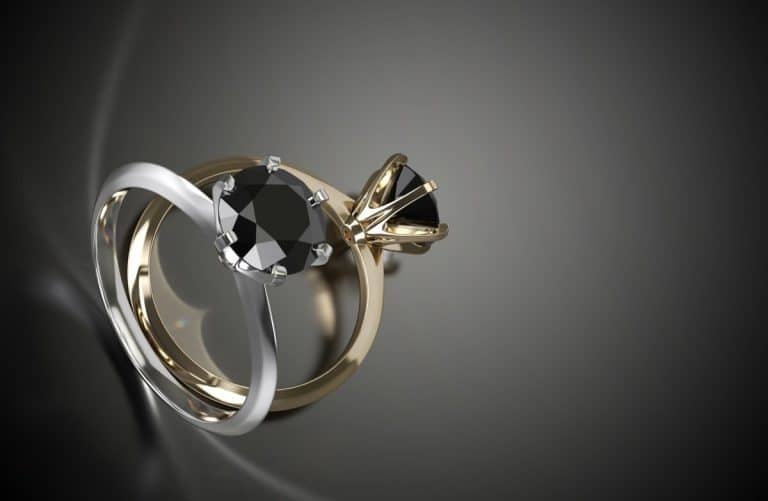 In medieval times, the typical associations that went with the color black were the gloomy themes of negative energy, evil, and… 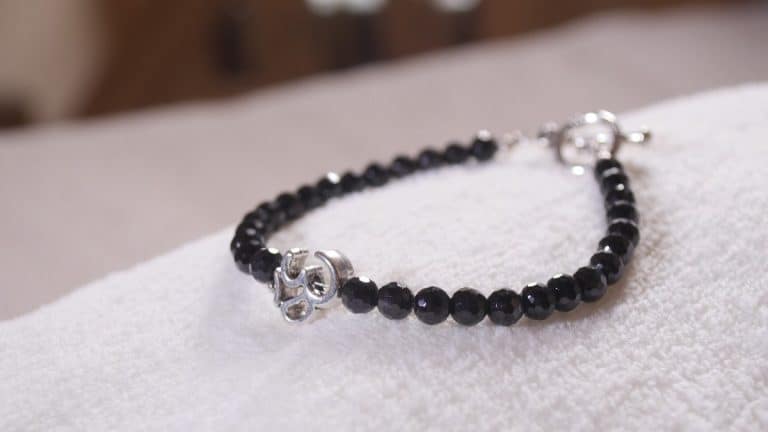 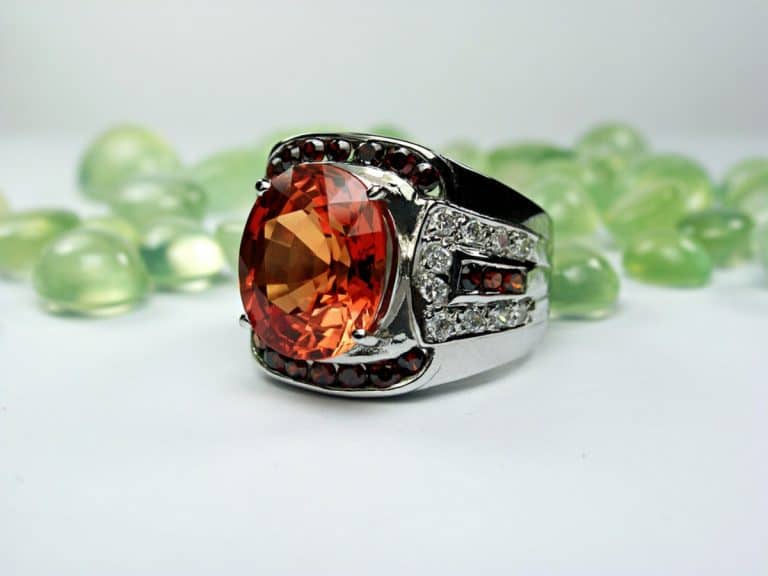